In 1893 a new guide for freshers began to circulate at St. John’s College, Cambridge. It was authored by ‘A Sympathiser’, later identified as Undergraduate Arthur John Story. Story was an Undergraduate at St John’s from 1893 to 1896 according to Cambridge University alumni records. If so it is unusual that he would write this guide as a new student himself.

Freshers guides are nothing new and in September each year students will be inundated by advice, listicles and articles telling them what their time at University will hold for them. As we saw in a previous article they are known to date back to 1660. This 1893 guide however differs in many ways from James Duports’s guide; primarily in the way in which it deals with women and class.

It is taken for granted now that in Ireland and the UK women enter higher education. In fact statistically more women than men both enrol and ultimately graduate from University. According to the Higher Education Statistics Authority in the 2015 intake there were a total of 1,288,680 women and 991,670 men enrolled in UK Universities[1].

For Strong however, things were very different. He references women in terms or romantic liaisons or landladies. At one point he states: “Don’t, if you are in lodgings, get too familiar with your landlady’s daughter, as she is probably more clever than you. With other men’s landlady’s daughters you may be less particular, but even then – Take care!”. Not exactly the most gallant behaviour! As much as it is tempting now to laugh at such a “don’t” it does show us that for Story and his intended readers there seems to be a clear divide between women he viewed as being ‘appropriate’ or ‘inappropriate’. It also shows a desire to make life as easy as possible for oneself; to avoid trouble where possible.

Throughout the guide Story shows no thoughts of seeing women as fellow students even though women were allowed to study from 1869 onwards. However they were not considered to be full members of Cambridge University until 1947. At this time women had to enter female only colleges. It wasn’t until 1972 that traditionally male colleges began to allow women to enter. There are still women only colleges affiliated to Cambridge, such as Newnham College, Murray Edwards College (previously known as New Hall) and Lucy Cavendish College. There are no longer any male only Cambridge Colleges.

As well as being male, to be considered a full student, another entrance prerequisite was that students be a member of the Church of England. This applied to all Oxford and Cambridge colleges in the nineteenth century. According to the British Library a handful of non – sectarian colleges opened in England during this time. These included London University in 1836, Durham University in 1832, Owens College in Manchester in 1851 and Birmingham University in 1900. This rule was taken seriously. In 1811 poet Percy Bysshe Shelley anonymously published a pamphlet called The Necessity of Atheism. Soon however he was identified with the writing and called upon to deny his authorship. When he refused to do this he was expelled from Oxford University.

As the guide goes on the different social status and treatment of women is further explored. “Don’t take the girl from the Tobacconist’s or Confectioner’s home. You gain nobody’s respect by so doing, and the girl’s only motivation is to encourage a good customer” Story warns. This is followed by “Don’t by any chance speak to girls without introduction. However innocent may be the motive, such practices are the worst distraction a student can foster. We know that it is only natural that a man should require ladies’ society, and that if he cannot meet ladies of his own station in life, he is driven into less desirable circles”. Here women and status are intimately linked. Story makes it clear throughout his guide that although it would be unsurprising for students to pursue women, it would not be desirable for them to court relationships with women of a lesser status. Cambridge still has a reputation as being a middle and upper class town, having produced fourteen Prime Ministers for example. This image would have been more acute before student loans, grants and state education to the age of eighteen. The Victorian era saw a revolution in education. For the first time it became law that all children, male and female, must receive elementary schooling but only until the age of thirteen.

In contrast to this Story also advised students to be mindful of their position: “Don’t let your residence in Cambridge cause you to assume superiority over other less fortunate.” He also goes on to tell Undergraduates that they should not crowd the streets and prevent Cambridge residents from going about their business. (“We have often been surprised to see Undergrads walking four-a-breast and jostling all comers, even ladies, into the gutter.”) From reading the guide one can argue that Story felt he and his fellow Undergraduates were socially, and usually economically, superior, or more advantaged than their fellow citizens. However, it was important that one should not let this attitude shine through. It is interesting to think that these “Don’ts” were considered useful for new students to know, suggesting that previous students had made these errors.

On a different note attitudes to alcohol appear to have changed over the centuries. Whereas clergyman Duport warned to students to stay away from alcohol and tobacco Story has very different offerings on the subject. In a piece of advice that could have been written for a freshers guide today Story opines: “Don’t attempt to keep every brand of wine under the sun. Most Undergrads cannot distinguish ‘Bordeaux’ from ‘Burgundy’ if served in a decanter.” Never a truer word uttered.

In 1660, James Duport, a fellow at Trinity College Cambridge compiled a list of 149 handwritten rules aimed at new students. In doing so he established a tradition of advice-giving that has endured over the centuries. Each new academic year, students are inundated by a plethora of do’s and don’ts; covering a wide range of issues such as studies, sex and alcohol. So how similar are Duport’s rules to those given out today and what do the 149 items tells us about students through the ages?

The most unsurprising rule urged students to “forbear wine and tobacco”. Students have always been associated with heavy drinking and the endless rounds of parties and drunkenness that haunt parent’s dreams. Even in the sixteen hundreds, it seems that there was concern about the role of alcohol in student’s lives.

Following on from this there was a desire for students to focus more on their studies. This was developed on with the rule: “never go into the town, except, to ye Church or Schools or Book-seller or Book-binders shop”. By today’s standards this seems extreme however Duport was writing immediately after the end of Cromwell’s Puritan time of rule when taverns were widely frowned upon as dens of sin in which a good man could come to harm, financial ruin or succumb to the influence of ‘loose women’. Bear in mind that the carrying of arms, daggers and such, was relatively common and minor arguments could easily escalate. In 1593 Cambridge alumni Christopher Marlowe had his life and stellar career (he was a spy, playwright, atheist and early contemporary of Shakespeare) cut short when a tavern brawl got out of hand.

It seems that Marlowe was one of the many who did not follow the rule to “beware of riot, excess & intemperance, which hath drown’d & devoured ye most pregnant parts & choicest of witts.” When away from home for the first time parents often worry that their children will be drawn into a life of excess and idleness in which riotous behaviour can bloom. One only has to look at the antics of the infamous Bullingdon Club in Oxford to understand the fear. Perhaps it was with behaviour such as this that encouraged Dupont to write the rule “take heed how you spend your time”. 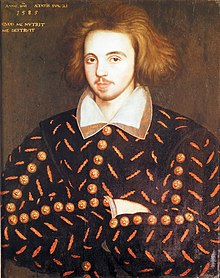 Students were also given advice about what to wear and how to behave. “Wear no boots, nor powder your hair, let yr Garb be grave & sober, yet cheerful & pleasant.” After the Reformation the study of canon law declined in Universities and courses were increasingly preparing students for careers in the priesthood of the national church, in which outward presentation would have been considered important. This point is particularly interesting when you remember that in 1610 few people actually went to University, and those that did tended to be young, well off men often from high ranking families. Yet there have always been set ideas of how students should behave and dress. In turn this implies that there were also common ideas about how students should not dress and behave. This is something current students will be aware of when they go on pub crawls, fresher’s parties and end of term balls.

The complete set of 149 rules only came to light in 2013 when they were published in a Cambridge Bibliographical Society. This is the first time that the rules have been printed in their entirety after being prepared for publication by Dr Preston and Dr Oswald. The first known version of the rules have been held in the Wren Library, until recently when the missing page was located. In a post publication interview Dr Preston summed up that: “The rules are fascinating – they build up a picture of what was going on in the university at the time, and show how parents were anxious that their children be properly looked after”.

Although the rules are over three hundred years old tips such as rising early, making use of local book shops and avoiding the perils of binge drinking are still given out today by worried parents as their children are branching out on their own for the first time. These rules help to show that going away to University has always been a rite of passage, eliciting excitement and nerves in equal measure. It is interesting that the list focuses more on the social and practical side, rather than the academic, of being a student, expressing the fears of parents and guardians throughout the centuries. Who would have thought that the beliefs of a seventeenth century scholar could have so much resonance with twenty-first century parents who given the chance would often love for their children to “forbear wine and tobacco” and focus on their studies rather than socialising.